Life of a Bluestocking

Above a selection of images from the preview of 'Life of a Bluestocking', the show consists of a detailed time-line of E.P.Niblock's Life, and a 'Reading Room' with selected texts from 'Diary of a Bluestocking. Also included above are some images of the event at Apartment hosted by E.P Niblock; a walking tour through , for a full transcript click here. Below is the text accompanying the show.

“The flaneur, though grounded in everyday life is an analytical form, a narrative device, an attitude towards knowledge and its social context. It is an image of movement through the social space of modernity. The flaneur is a multilayered palimpsest that allows us to move from real products of modernity to a critical appreciation of the state of modernity and its erosion into the past.” Charles Jencks

The flaneur is a stroller, a loiterer, someone who ambles through a city without apparent purpose but is secretly attuned to the history of the place and in covert search of adventure and knowledge. The flaneur has stalked the literature, art movements and philosophies of the 20th century, an intellectual chameleon, adapting perfectly to his times and surroundings, an archetype that to successive generations of artists, urbanists and writers is the metaphor for the century, a poster boy for modernity. More than anything he is essentially a male figure, an intellectual voyeur always distanced from the crowd that he is so keen to observe.

However for cultural theorists such as Jenks the flaneur is essentially an analytical device or contrivance to explore the project of modernity itself and its legacy in the emerging 21st century. Euphemia P Niblock is a response to this contrivance - a playful embodiment of the history of the flaneur and the modernist gaze - whilst her Diary of a Bluestocking is an experiment in examining this critical discourse in the context of what might be termed the current post post-modern turn. Life of a Bluestocking charts modernisms journey - her disappearance at the height of the period (its optimism untested and universal narrative unchallenged) and appearance as the 21st century establishes itself enabling us to view the intervening years, our own century, with a critical eye.

Spinster and bluestocking, Niblock is also something of an outsider, an emancipated transgressor in polite Edwardian society, recalling the unsung role of the female intellectual, adventurer and agent in the birth of the modernist period; a playful subversion of the Victorian upper class male. On first inspection an unlikely anachronism and almost comic figure, Niblock is in reality an ongoing research project, a call to arms for the forgotten legacy of the polymath and amateur enthusiast in our prevailing predilection for the specialist and the professional; a more 'curious' gaze than the convention of the dandified flaneur.

Life of a Bluestocking is not only a celebration of Niblock’s tenure as writer in residence at Apartment but a gentle parody of the recent historic or ‘museological’ turn in the contemporary art scene and the ‘Mark Dion’ effect in archaeological and natural history museums across the globe, typified by the successful Alchemy programmes at the Manchester Museum, and an interesting response to the ubiquity of the ‘cabinet of curiosity’ in the Gallery.

The history of Apartment is one that knowingly straddles the peripheries and cut and thrust of knowledge production and critical discourse, a space that reflects an ongoing conversation on the intersections of art, urban and cultural studies on social relations and everyday life. It is surely no coincidence that Apartment has embraced the opportunity to comment on the prevailing trend of sending the artist into the museum by bringing the museologist into the art space, inviting a historian and archaeologist to explore and examine the role of the artist in the documenting of an ‘archaeology of now’, our defining quotidian moment.

Very interesting method of monetizing your blog
Good Information I would like to read more in next post.

We reviewed your blog and found it very interesting and informational 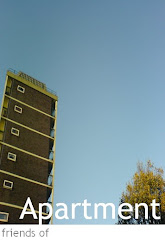